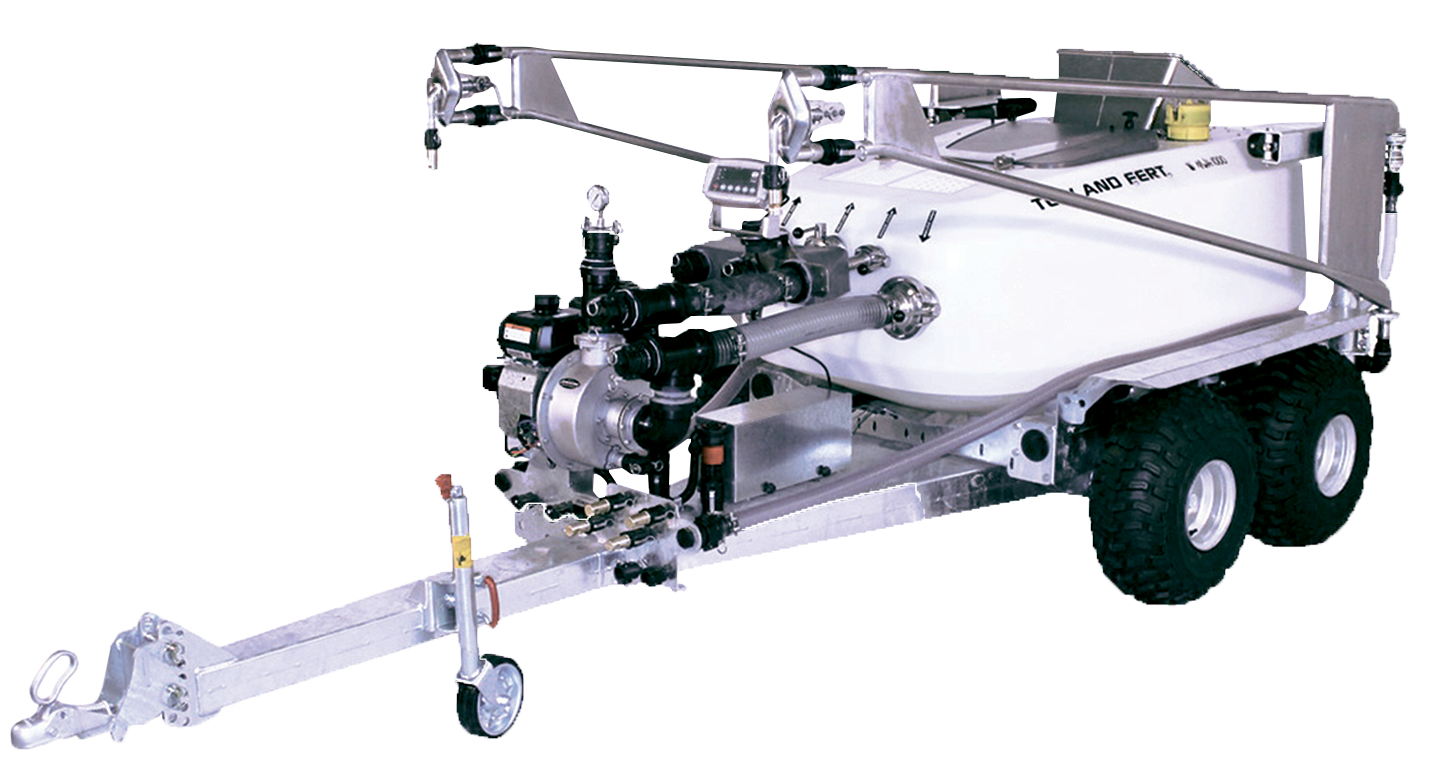 The West Coast of New Zealand is wet, very wet, and Ian Maxwell had been searching for solutions to his herds sore feet issue. Switching to the Tow and Fert changed everything.

On the West Coast of New Zealand it rains a lot. In fact 4.2 meters fell last year to be exact. Ian Maxwell’s herd of 300 cows had suffered through season after season of high rain fall, wet ground, high water content pasture and mud. On any average year up to 100 of his herd would suffer from sore feet. It was a constant battle and one that Ian could not figure out.

“I could not get on top of the sore feet issue. We have beautiful lanes, we walk the animals slowly, don’t have dogs or anything like that but we just could not combat the lameness.”

Ian first came across the Tow and Fert machine reading the paper but it was not until he spoke to his Rep from Fertilizer NZ about the merits of spraying Liquid nitrogen on his pasture that he decided to give it a go.

“The advantages to the herd have been absolutely huge. With all the rain we get here on the West Coast, coupled with solid Nitrogen, it just left us with a lot of “soup” in the grass [high water content] which just runs out the other end of the cow.”

From an environmental perspective Ian is quick to point out the importance of working within the regulations “Once upon a time environmental concerns never really had a part to play in our farming practice. Now it has to be environmentally friendly and using the Tow and Fert means that you spray your Nitrogen on on fine days when it is not raining and there is no runoff or leaching from the nitrogen thus nothing runs to water, nothing gets wasted.”

But with such a decrease in the amount of Nitrogen being applied there must be compromises made to the grass the cows are feeding on? Ian explains “The 36 tonne we have saved has not been saved from the cow side of things, we have actually saved from the environmental side of things because it hasn’t simply gone down the drain.”

From the Animal Health perspective the change has been dramatic, “since we bought our Tow and Fert there has been a huge reduction in lame cows. We have only had 20 all year and it’s just because of the dryer feed we are feeding our cows with not so much water in the grass.” With dryer grass the feed moves through the cows system slower allowing for better digestion and a healthier gut, better, more solid poos, resulting in better hoof condition and better cow condition.

Not only has Ian saved money on the Nitrogen side of things he points out that the savings from having fewer lame cows is also significant, “there’s the cost of the penicillin, the cost of the time out of the Vat, the cow doesn’t get back in calf, there’s a whole range of issues that cost money.”

Ian now says he simply cannot imagine life without his Tow and Fert Multi 1000, “I was running myself silly putting fertiliser on in dry form, now the Tow and Fert means I can do 4 things in one pass, my Nitrogen, Pro Gib, weed killers and sow brassica seeds all with the one machine at the same time. I go once around the paddock now. I just can’t think of life without my Tow and Fert.”

Finally, Ian says, “there’s no other machine I enjoy using. I enjoy putting on liquid nitrogen every day because I know it’s better for the environment, it’s better for my cows and it’s easier on me.”

Episode 1: Ian Maxwell tells us about the benefits he has seen in his pasture and in his herd, how much money he has saved and how much ‘N’ he has not had to use as a result of switching to the Tow and Fert.
Episode 2: Ian Maxwell talks animal health, hoof condition and the passage of feed through the cows system and the benefit of dryer feed to his herd.

Episode 3: Ian Maxwell talks about the benefits to his farm and his recommendation to other farmers considering switching to the Tow and Fert Liquid Foliar Fertiliser System.