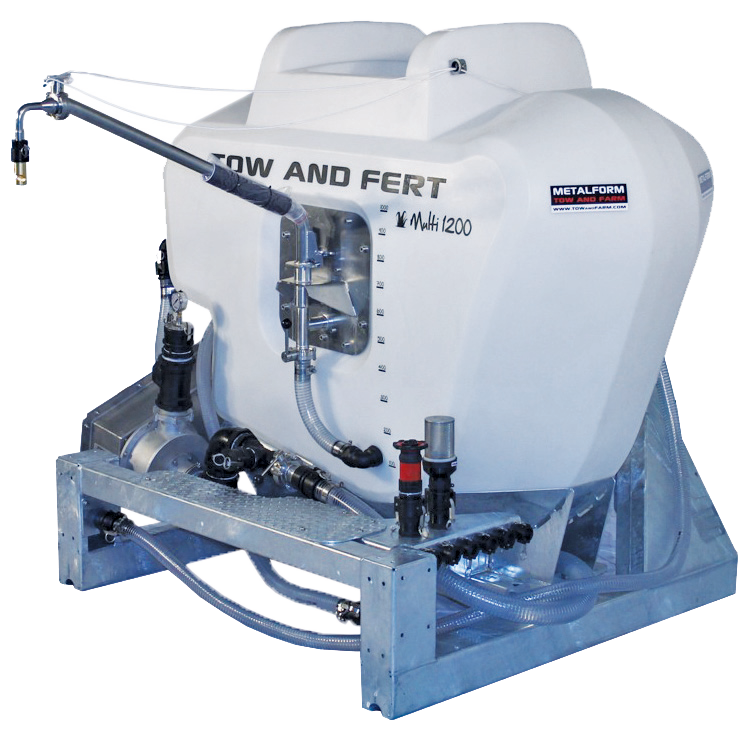 “We have made a significant saving because we are not using the bulky’s to apply the high analysis fertilisers.”

At Heriot Farm Park, Michael Parks needed an easier way to apply liquid Nitrogen. What he didn’t expect was how versatile the Tow and Fert 1200 would be.

Looking across at his neighbor’s farm, Michael Parks could see the results they were getting with the quality of the pasture he could see growing. They were using a Tow and Fert 1000 to spray Nitrogen and other high analysis fertilisers onto their pasture.

Michael had been using liquid Nitrogen for some time but had been dissolving the product in water in a separate tank and transferring the resulting liquid to his dedicated spray rig. It was a time consuming and cumbersome task but the results they were getting were worth the effort.

Having seen the Tow and Fert operating Michael began to look into the options available. What appealed to him was the ability of the Tow and Fert to mix and dissolve and then spray the liquid Nitrogen in one tank without any additional effort.

Since purchasing the Tow and Fert Multi 1200 Michael says the farm is looking great, “We’ve noticed an immediate response to the evenness of the grass cover, there is no striping now compared to solid application with a bulky.”

The Tow and Fert system has a built in GPS unit that enables Michael to spray a consistent amount of spray over the paddocks ensuring that the grass gets what it needs. The response of the grass to the application of the products has rendered a big difference to their previous application methods.

“We have made a significant saving because we are not using the bulky’s to apply the high analysis fertilisers, we are doing it ourselves.”

What has surprised Michael about the Tow and Fert is its versatility. “We thought we would use the Tow and Fert for Urea and other High Analysis fertilisers but we soon realized it was a much more versatile machine than that. There were so many other things you could do with it.”

Michael has been using his Tow and Fert Multi 1200 to put on Clover seed and herbicides, to kill thistles, at the same time. He has made up mixes that have included salt and other animal health remedies.

“There are so many advantages to using the Tow and Fert than just High Analysis fertiliser application. You’ve got all these other things you can do with it.”

Episode 1:Michael Parks talks about moving to the Tow and Fert Multi 1200 and the versatility of the machine on their farm.

At Heriot Farm Park high analysis fertiliser is applied, following the cows, in a tractor mounted Tow and Fert Multi 1200. 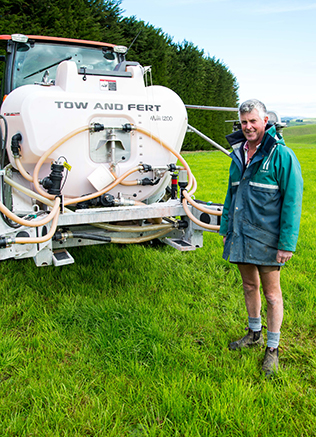 Michael Parks in front of his Tow and Fert Multi 1200.