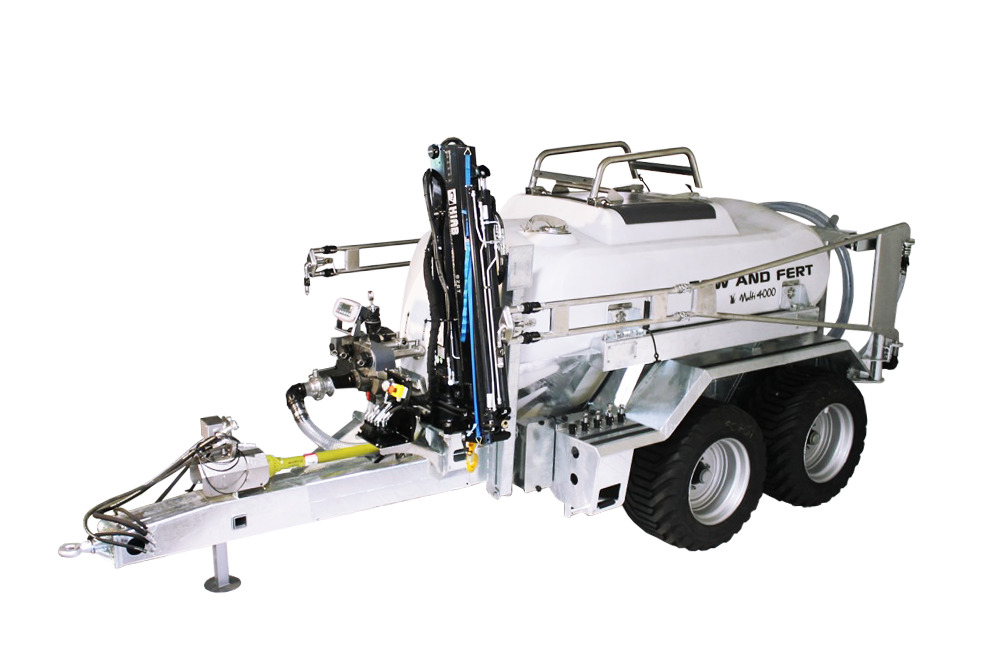 In the Deep South of New Zealand, at Longwood near Riverton, changing to the Tow and Fert has saved Ross McKenzie and his farm time, money and fertiliser.

6 years ago Ross McKenzie decided he would look to move his fertiliser program to a fine particle based system. He had read the articles and seen the science behind fine particle fertiliser and the benefits his farm could obtain with the shift, but the only method of application was by Helicopter.

He knew it would be expensive but after applying the first round in early spring the results were impressive. Looking around the market place for a cheaper and more user friendly option Ross found the Tow and Fert range of products and decided they offered the best option for dissolving Urea and applying the fine particle fertilisers himself.

“We expected payback after 5 years, but with the cost savings we are getting now, coming to the end of our 2nd year, we believe we will be all paid back, including running costs, fuel and labour in only 3 years. The Tow and Fert has been an excellent buy for us.”

As he began to use his Tow and Fert Multi 4000 more often Ross began to use it for other products. He is now mixing his maintenance fertiliser and applying it during the season. He is putting on 5 applications though out the year as well as following the cows with Urea and ProGib.

“We are now not tied to our local bulky or the helicopter company for the application of our fertiliser. Every farmer wants the bulky right away.”

With the Tow and Fert Ross now has the ability to put fertiliser on when his pastures need it. The benefits have been significant with grass growth exceptionally good.

And the proof, Ross says, is in the farm reports “At the end of last season when we sat down and analysed our farm reports and production we found we had grown over 10% more grass than we had the previous year and as this season closes I believe we will be very similar again. Our grass growth has been great.”

But for Ross perhaps the most telling sign that his fertiliser program using the Tow and Fert Multi 4000 is working is when his neighbours look over the fence and tell him that his farm looks great and ask how he is getting the results and grass growth they can see.

“And that probably gives you more of an indication of how we are growing grass than any scientific data.”

“If anyone is looking at buying a Tow and Fert, all they have to do is come and have a look at our pastures. The improvement we have had here, the quality of the grass, the ease of use of the machine, is second to none. The quality of what we have growing here now, compared to what we used too, is just fantastic. Ask my neighbours what they think, they will tell you!”

Episode 1: Ross McKenzie talks about the early days of Fine Particle Fertiliser Application using a Helicopter and the change to the Tow and Fert Multi 4000.

Episode 2: Ross McKenzie talks about the ease of using the Tow and Fert Multi 4000, how he can follow his stock rotation and the results to his farms grass growth and bottom line.

Episode 3: Ross McKenzie talks about the impact of reducing his farms Urea input has on the environment in Riverton.